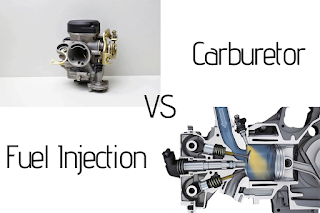 Carburetor was equipped for the petrol engine in 1872 by Siegfried Marcus. So simplistic design is still used in some of the lower capacity commuters.  Until then in 1980 fuel injections took over carburetor, first they were been equipped to performance motorcycle, later after decades, almost every premium motorcycle is equipped with FI (Fuel Injection) system. So while the good old school still swear for reliability, tune-ability, and serviceability of carburetor, newer believe that FI is better in every way.

But as far now, as per BS6 regulations, every upcoming 125cc and more will be mandatorily equipped with FI system. So is this change worthy? How exactly these systems work? How exactly are they different and what are there respective virtues and vices? Let's find out! 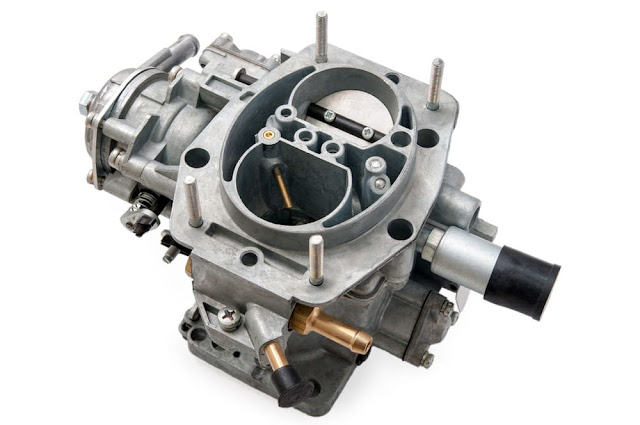 The carburetor is a device that mixes air and fuel in the proper ratio in Internal Combustion engines for combustion. It works on Bernoulli's principle: as the speed of the flow increases, pressure decreases. In simple words, when air enters the carburetor from the air intake, it speeds up due to the narrowing of the internal walls of the carburetor. The air blowing perpendicular to the throttle valve (also called butterfly valve, linked to throttle cable which controls the intake of the mixture). When the throttle is opened the valve starts opening letting the air to enter into the inlet manifold of the engine (or combustion chamber). As the valve opens the fast-moving air pulls the fuel up the main jet from the fuel chamber. This works on the same principle because the fuel wants to travel from an area of high pressure to the area of low pressure. The fuel mixes with the air and heads into the engine.

The whole process is mechanical and its performance depends on the amount of throttle pulled by the rider to let the air in and the position of the valve through which fuel is pulled up from the chamber. The air-fuel mixture is constant until it is changed by adjusting some screws. Let's take an example, if you are somewhere at sea level and you have adjusted your carburetor, you'll experience a drop in power if you ride at high altitude with same settings due to thin air and lack of oxygen.

This is how carburetor work and most importantly they are long-lasting, simple, and affordable setup and is fully mechanical with no electronics and sensors coming into play. 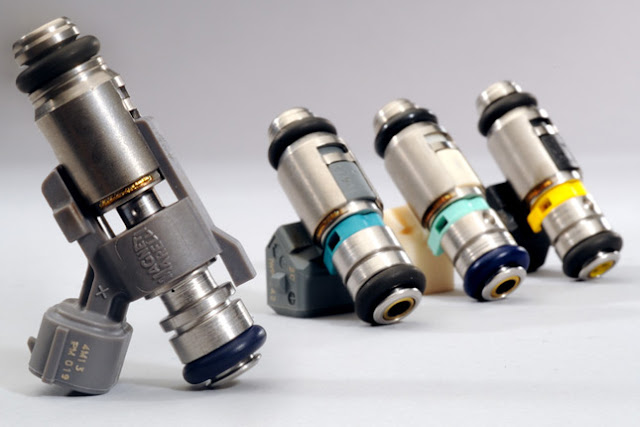 Unlike carburetor, FI system is complex setup of electronics and sensors. In carburetor fuel is pulled directly from the tank by gravity into the chamber, while in FI, pump does the work for fine-grained control over fuel flow. The FI sprays calculated spurts of fuel directly into the combustion chamber. The pressurised fuel is a very well atomised homogenous mist, allowing for very efficient and clean combustion.

The FI system is totally controlled by ECU along with multiple sensors making complex calculations at very high frequency to deliver the best air-fuel mixture possible. Based on external parameters like temperature and pressure, calculating riders throttle response, and all other conditions, the ECU directs the injector to let in the right amount of juice into the chambers to facilitate the most efficient combustion and optimum power delivery.

Considering both the systems, FI proves to be more efficient and accurate than a carburetor. But still, they have their distinct pros and cons over each other.

Popular posts from this blog

By BikeTales April 29, 2020
Goa – the name is enough to fill you with excitement & thrill and bring smile on your face. With surreal evenings, exotic nightlife, inspiring mornings and charming beaches, the place hypnotizes every soul and makes people fall for it.

Everybody has its own reason to visit this amazing place. From lovely beaches to freaking nightlife. So whenever someone says, "Let’s Go Goa"- you feel an unmatched pleasure. Along with beautiful nature and nightlife, people visit here for many different reasons, just like we did.
IBW 2019, one of the largest motorcycle gatherings in Asia. The Great Migration - as it's called, is a mix of adventure, motorcycle culture, music, and biker brotherhood. The weekend get together for more than 20k motorcyclist from India and around the world. So, this time we had good reason to backpack the way to Goa.
Day 1 : Journey Starts
It was 5th Dec, as usual we were delayed by two hours for our most awaiting journey. The black cheetah’s boot was loaded an…
Post a comment
Read more

By The Bike Tales May 03, 2020
Decade ago Indian bike manufacturers introduced Hero Honda Karizma and Bajaj Pulsar 220F, the 200 cc segments bike into the Indian market. With an increase in motorcycle enthusiasts in the country, Austrian manufacturer with Bajaj Auto made the debut of Duke 200 in the domestic market.
Since then KTM and Bajaj introduced performance-oriented 200cc segment naked and fully faired to the Indian automobile market. Later many other competitors came in the picture. This turned the whole perspective of biking in India and almost got over the 150 cc segment.
Now in 2020, there are best 15 BS6 complained bike in 200-250 cc segment range and almost under 2 lakh rupees.If you are thinking of one in your garage, its hell of confusion. So, grab a chair and relax, we’ll help you choose the best motorcycle depending on your type, performance, and budget.
Let’s get started, for more convenience lets categories them in three types, Cruisers Bajaj Avenger Street 220
The perfect old-school budget cruiser…
Post a comment
Read more